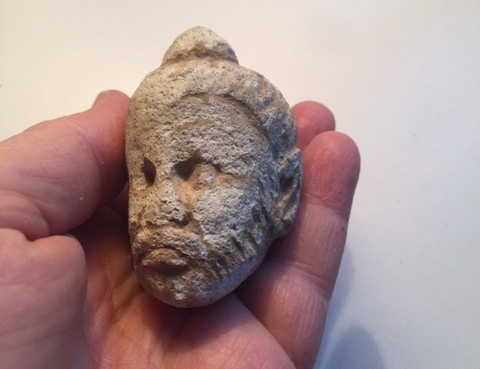 The Nice Pakistani Shopkeeper Gave me a Little Head

I had considered the above subhead as a title for this story, but after the deepest of ponderings I felt that it might adversely affect my political aspirations – don’t want to lose the shopkeeper vote…also, it is New Year’s Eve 2019 as I write this so the reference to dates and times and locations seemed apropos.

The bus trip from Kabul to Peshawar is only 300 kilometers and, depending on the mechanical worthiness of your bus, the number of eyes that your bus driver has (ours had one), the number of herds of goats that cross the road, and the general mood of the border guards (ranging from angry and uncooperative, to indifferent and distracted) the trip should only take between 6 and 10 hours. And this is in the days before roadside bombs and ambushes.

My travelling companions and I arrived in Peshawar mid-afternoon on December 29th…enough time to find a hotel, unload our backpacks, and wander around a bit before grabbing a bite of dinner.  We’d been on the road since 7am with limited access to food and only intermittent washroom breaks – there were no washrooms on buses then….and in fact, often, there were no washrooms at the various “rest stops”.  Relieving oneself involved stepping over feces on an open field behind a wall, squatting and pooping.

As it is winter the countryside here is sparse, arid and brown and we are cold. Everyone (we hippie travellers) was wearing all their clothing to stay warm. The first Pakistanis we meet seem slightly more affluent than the impoverished Afghanis, and are more fluent in English. Due no doubt to 100 years of British influence during the Raj.

It’s December 30 and we are exploring our new neighbourhood, and according to my Journal, the effects of the world renowned local hashish, “…these are the craziest days of my life…man we are getting so zonked, bought 1 ounce for about $2.50 from a really paranoid type guy.” The cultural & sensory differences here, for a young Canadian, are so vast and complete that getting stoned is really unnecessary. Why dilute the intensity of the experience?  Why not maintain one’s wits in a foreign land where unknown danger lurks? Chalk it up to hippie culture and blind youthful invincibility  – it’s what we did…no harm could befall us.

But dangers abound in foreign lands and they take many different forms and seek out unexpected opportunities. The “paranoid guy” related a story about his cousins “bust” in a chai shop for possession. Apparently he was stuck continuing to sell drugs to foreigners to help pay for his fine because he had no money. Running afoul of the law in a foreign land is never fun and can be made much worse by corrupt police and officials.

Inappropriate and unwanted advances can also be dangerous – for both parties. When our hash dealer told me that “I had a pretty face” my young straight male desire to defend my sexuality with violence was barely suppressed by my emerging tolerance and worldliness. According to my journal I considered “cutting my hair…. but, decided not to because all the guys were getting hit on.”

New Year’s Eve 1973. Pakistan and India had been at war 3 times in 30 years and there was – at that time – a much more noticeable military presence in Pakistan than there was in Afghanistan. Afghanistan was, largely, at peace and would remain so until the Russians invaded in 1979, whereas Peshawar, and Pakistan, felt edgier. It was common to see armed Pushtuns wandering around, and hear random gunshots going off in the near and far. Our hotel was only a short walk from an Arms Bazaar where merchants hawked guns of all kinds and young boys could be found working away at various weapons manufacturing/assembly jobs.

Our route also took us past open slaughterhouses where children, bathed in blood, would be up to their elbows in entrails, with large knives cutting edible/saleable pieces of lamb and sheep. Nothing gets wasted – except for we hippies experiencing this carnage through a hashish-addled fog.

We were smoking a lot of hash as we went about our day. Played snooker – smoked hash. Had Lunch – smoked hash. Met a guy selling hash in Campbell soup cans for us to smuggle back to Canada – decided it was a bad idea, smoked more hash. Eventually our journeys led us to a carpet shop where we met our new best friend Karwan, the shopkeeper. Graham bought a $17 carpet so Karwan showed his appreciation by smoking some hash with us and taking us to his warehouse where he had a section of floor covered in ancient artifacts that he had dug up from a local archaeological site….”Have a look at these old pieces I have dug up…if you see something you like, please take it…it is my gift to you.”

As backpackers on a long-distance trip, every ounce of weight has significance. I looked around at the various pieces and found a little head that I liked, while Brad picked up an equally attractive small piece that would fit into his pack. We thanked Karwan and he insisted that we join him back in his shop for brandy. It’s quite easy to get hash in Pakistan but – as a Muslim country – alcohol is forbidden. Of course we joined him, adding booze onto our already stoned perspectives.

“Hey Karwan”, I asked, “do you know where we can get some booze for tonight? It’s New Year’s Eve and we’re going to have a little party back at our hotel…you could join us…Our other friends will be there too – just bring some of your hash” Delighted by this invite, Karwan happily gave directions to the store where alcohol could be purchased – just a few blocks away in a little bakery. We told him the name of our hotel and that he could drop in after 8, then we set out in search of the bakery…and alcohol.

It was a nondescript little shop with a few baked goods displayed in the window. We ascended the two stone steps, opened the door and walked in. The owner greeted us warmly, it was late afternoon and most of his wares had been purchased except for  some flatbreads and a few sweets. He spoke a little English so we said “Karwan at the carpet shop said you might have some alcohol for sale?” Immediately, his cheerful demeanor darkened, the smile left and his brows furrowed. His eyes darted from Brad to myself, then he came out from behind the counter, opened the front door and looked up and down the street before shutting the door, pulling down the blinds and locking it. “One moment please”, he said as he disappeared into the back. He soon reappeared with a bottle of brandy in a bag which he handed to us in exchange for about $5.00. We thanked him and left…gaining some insight into the paranoia of yesterdays hash dealer…but not enough to make us stop.

We smoked a bit more hash, ate something somewhere and made our way back to our hotel to begin our little New Year’s Eve celebration. Graham, Knute, and Brad and I convened in Jill & Sally’s room to share the brandy, followed soon after by the arrival of our new friend Karwan the carpet merchant. We are doing what young people at parties do in the west…drinking, smoking, sharing laughs, flirting with the girls – vying for their attention while keeping an eye on the competition. It’s a small intimate group and we’ve been travelling together for a month through these foreign lands. Karwan seems be having fun, drinking & smoking & telling awkward jokes, he could be the foreign student in our college dorm trying to fit in, to be one of the guys & impress the girls.

As midnight approached, we decided to have some kind of countdown on Graham’s watch… 10-9-8-7-6-5-4-3-2-1 Midnight! Happy New Year! Spontaneously, we all gave each other hugs, high fives and handshakes…until I noticed that Karwan wasn’t participating in our little celebratory group hug, instead he was sitting on one of the beds looking around rather furtively, with his hands clasped between his legs. “Go on girls, why don’t you give Karwan a hug too?” I said.

As Jill reached over to embrace our shopkeeper friend he stood up with a full-blown erection ballooning out from under his very baggy & loose-fitting white cotton pants. He grabbed Jill, pushed her onto the bed, lay on top of her and began squeezing her breasts vigorously. Without hesitation the boys grabbed Karwan and peeled him off Jill, and sat him back on the bed so she could escape. “No, no man, that’s not good”, we said to him, “It was just a friendly hug, nothing else intended”…have another drink, it’s ok, man”

Someone splashed a bit of  brandy in his glass, but between the mistaken expectation of what Karwan thought was happening with two western women in a hotel room, and the embarrassing reality of our collective reaction, he was both humiliated and angry. He lifted his glass to his lips, drank the contents and then smashed it on the floor. At this, we decided that Karwan had overstayed his welcome…we four guys grabbed him by the arms and lift-walked him out the door, down the stairs and outside where we released him and he fell  – unconscious –  onto the street  in front of our hotel.

We stood there for a while wondering what else to do. Karwan was indeed, passed out on the street. Horses, cars and people slowly made their way around his immobile body. Eventually, the manager of the hotel came out, looked at Karwan, shrugged his shoulders and went back in….according to my journal, “the hotel guys were supposedly trying to kill him so they let him lie in the street…”  As we grabbed Karwan by the legs and tried to haul him away from the worst of the traffic, a freak bearing free beer approached us and said, “What’s all this Brouhaha?, “Brouhaha? I retorted, and then together, “Ha Ha”…and he was gone. Maybe I need to cut down on the hash, I thought. Happy New Year!